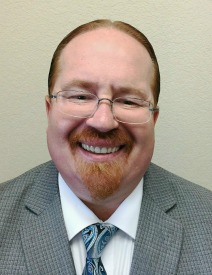 Pete Nielsen, M.A., CADC-II, ICCJP, CCJP, who serves as CEO of the California Consortium of Addiction Programs and Professionals (CCAPP) in Sacramento, California, was a guest speaker on the Dec. 4 “In Your Right Mind” show about the resistance of communities to having substance use disorder treatment and recovery residences, such as sober living homes, in their residential neighborhoods – known as “not in my backyard” or NIMBY.

We spoke to Nielsen about some of the major assumptions and negative stereotypes associated with NIMBYism as well as some of the reasons for the lack of understanding about addiction and recovery. Nielsen also discussed the importance of having treatment facilities and recovery-oriented homes available to persons with substance use disorders in communities. He also talked about ways we can work together to resolve residents’ concerns.

Question: What are major assumptions and stereotypes that NIMBY is based on?

Answer: I think that it’s based on stereotypes that the people in their community are practicing some kind of addiction or are the unsavory type or that these are bad people. Interestingly enough, they will tolerate people who are actually using drugs and drinking in their community, but when people band together to get help, they tend to push back on that because it seems more formalized to them or it’s more apparent.

The common complaints or the NIMBYism that we hear from the neighbors of people who are in sober living is that, “There are people that are in the backyard and they’re talking loud and they’re laughing and they’re smoking cigarettes.” If it was just a family or if it was a neighbor, and you didn’t put a label on it [i.e., a sober living home], people typically don’t think twice. When you put a label on it, you start thinking, “Oh, well it’s those people.” That’s when you start getting into discrimination and that’s where you start getting into the stigma.

Q: Why do you think NIMBY continues to be so prevalent in society?

I don’t think we’ve done a good enough job in really showing that people are recovering from addiction. There’s more stories about people not getting help and people destroying their lives versus people getting in recovery. So many other people have gotten help that are very successful and you don’t hear about that as much – you don’t hear about what happens when people straighten out their lives and when people change. There’s just not a lot of knowledge about that.

Q: Does NIMBY exist only in Southern California?

A: You see this happening all over. It started in Southern California, but now we’re seeing it in Northern California as well. Municipalities are changing their ordinances and trying to push out treatment [facilities] or sober living [homes]. The reality is that it’s discrimination against people who are in recovery or addiction treatment. I really cringe when I hear it, because we already have a capacity shortage as far as treatment.

When people need help, they need help now versus in 90 days [when] they could be dead or worse off, so we need to make sure that they get help. So these ordinances are going through trying to prevent treatment from expanding. I think it’s really going to cause us a lot of problems nationally – definitely in California. We also have a workforce issue on top of that.

Q: What are some ways to resolve residents’ concerns?

A: Some of it is irrational fear, so that is really the tough part to deal with. Some of the easier parts to dealing with it is educating communities and being an asset to communities. There are many treatment facilities that are an asset to the community, and the community wants them. I think it’s really important for treatment [providers] to look at the community as their ally versus their enemy. It’s hard to do when you have that irrational fear factor, so those are the difficult ones.

There’s a segment of the population that’s much more reasonable that you can work with and say, “We understand where you’re coming from. We want to make sure you have safe communities as well. There’s already people suffering. Treatment is not going to increase crime or make more people homeless – it’s actually going to be part of the solution in your neighborhoods.” Not everybody, but many people, when they really understand the asset it’s going to be, they will change their minds.

The problem is that we have bad operators and bad actors, and that creates a problem for the people that are doing good work. What we need to do is partner with the communities to get rid of those bad actors — that will change a lot of hearts and minds in the communities, because some of the complaints they have are legitimate, unfortunately, and so we need to make sure to increase the good actors [and] decrease the bad actors, if not eliminate the bad actors. That definitely needs to be a priority.

Q: Can you give examples of communities embracing treatment and recovery residences?

There are other communities that want to see more treatment beds and more people in recovery, because they find that the people in the recovery residences help in general areas where there’s not a lot of labor in that area. There’s other communities, where there are businesses that have started up from people in recovery, where they have moving companies and thrift stores that are a needed part of the community. There’s a treatment facility in [the] Sacramento area that was struggling because [of] its hard financial times, and many people came out from the community and helped them because they didn’t want to see that treatment facility go away.

On a regular basis, I see so many good examples in my day-to-day business. It’s hard for me sometimes because it seems like that what I hear in the media and what I hear from other people are all the bad examples. I estimate that we have about 3,000 inpatient and outpatient treatment facilities in California. I know that we’ve only heard reports of bad facilities, but that’s out of maybe 3,000 of these, so what about all the other treatment facilities – the ones that are assets to the community?

Q: What role does housing play in promoting recovery for people with SUDs?

A: Housing is an incredible piece to that, because many people are changing their lives. Part of the issue is that the homes they lived in might not be a safe place for them anymore [and] finding housing that’s safe for them while they are gathering the strength to be able to move into the world independently. There’s a part where they are still vulnerable and fragile when they are starting their recovery and they stop using; there’s triggers and stressors that, put into a particular housing situation, could push them in a direction that’s not very helpful to them.

Having some type of supportive housing is very important. Sometimes it’s a temporary housing situation, while [for] others it’s more of a long-term housing situation. Having a supportive community – a place where they can call home, a place where they can be safe, and have other like-minded individuals that they’re living with or living close to where they can access and talk to them – in the early stages, is extremely important for people in recovery. It’s a scary and lonely world in the very beginning of changing your life and of starting the road to recovery from addiction.

Pete Nielsen, M.A., CADC-II, is the CEO of the CCAPP in Sacramento, California. He is the former Deputy Director at CCAPP. Nielson received his M.A. in counseling psychology from the Western Institute for Social Research (WISR) in Berkeley, California. He also received his B.S. in business management from the University of Phoenix and his A.A. in human services (counseling) from Folsom Lake College. Nielsen has worked for more than 19 years in the substance use disorder field as an interventionist, family recovery specialist, counselor, clinical supervisor, program manager and administrator.