Interview: Charles V. Ford, M.D., talks about lies, deception and the personalities behind them 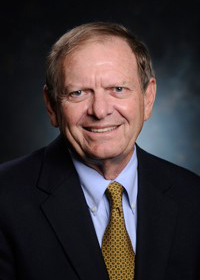 Charles V. Ford, M.D., professor of psychiatry at the University of Alabama at Birmingham, was a guest speaker on the Dec. 11 “In Your Right Mind” radio show called, “Fabricating the Facts,” which discussed various issues related to lying and deception. We spoke to Dr. Ford about the different lies that people tell and issues related to deception, including the role of personality and early experiences. Dr. Ford also discusses mental disorders that involve pathological lying, the difference between normal and pathological lies and treatment options for persons who are pathological liars.

Question: What is lying?

Answer: Lying, by definition, is saying something to someone else, which is different from that which you believe to be true. There’s an intent involved – so it’s not only the act, it’s the intent to deceive by the use of words. Now, what makes it more complicated is that you can tell the truth yet deceive, so the important issue really isn’t so much as lying as it is the question of deception.

Let me give you an example of how you tell the truth yet deceive. Now, I’m making this up because my secretary always makes it here on time, but let’s say she came in an hour and a half late and she looks flustered and says there was a terrible accident on the freeway. The truth of the matter is that there probably was a terrible accident on the freeway, but that accident had nothing to do with why she was late. So, you can deceive by telling the truth – the truth was that there was an accident – and the intent wasn’t to deceive, but that’s not the reason why she was late.

Q: How do we learn to deceive?

A: We learn to deceive through a variety of mechanisms. One of the first reasons is to avoid any punishment or disapproval. So, if the cookie jar is broken and missing cookies, you learn quickly to deceive to avoid some type of punishment. As we grow older, parents teach [us] how to lie, which is a very interesting thing. No matter how you felt about that terrible hand-knitted sweater that Grandma gave you, you’re told to tell her how wonderful it was and how much you appreciated the gift. We tell children how to say things that are socially appropriate and/or for their own safety. If a child is approached on the street and asked, “Are your parents around?” the answer we tell them is, “Oh, yes, they’re right around the corner,” so that they learn how to protect themselves, or at least not seem as vulnerable.

Q: How can we tell if someone is lying?

A: The more convinced that a person is that they can tell someone else is lying, the more self-deceptive they are and the less able they are actually able to do it – a very interesting paradox. Now, most of us aren’t terribly good at telling if someone is lying, but the best way is to determine whether there is some disconnect between the words that are being spoken and the nonverbal communication that accompanies it.

Nonverbal communication tends to be more accurate than verbal communication, so if the person is saying one thing, but, at the same time, the pitch of the voice is a little bit higher or there’s a little bit of shaking of the hands, movement, sweating or avoidance of eye contact – all of these nonverbal cues tend to indicate that this person really doesn’t feel comfortable about what they’re talking about.

Q: How does personality play a role in deception?

Q: What are therapeutic treatments for personality disorders or pathological lying?

A: These are difficult patients to work with to begin with, and it’s often very difficult to work with them in individual psychotherapy, partially because you’re not sure really what’s going on. One of the techniques is to continuously check for the accuracy. I often describe treating a narcissistic personality disorder as like trying to land a 20-pound fish on a 10-pound cast line. You have to be very careful or you’re going to break the line. Any pressure has to be gentle and very subtly applied.

I really think as time has gone by that individual psychotherapy is not nearly as effective for these people as is, for example, a 12-step program. I think 12-step programs really address people’s behavior in social situations and require people to kind of look at themselves, deal with other people, and attempt to make amends and changes. Another form of therapy that I think is very valuable, especially for borderline personality disorder, is what we call DBT, or dialectical behavioral therapy.

Q: How is deception involved in false memories, confessions and accusations?

A: Unfortunately, to some degree, false memories are a universal phenomenon – we all have them. The nature of memories is such that every time we pull a memory into consciousness we then re-store it with the information contained within the time that we pulled it out and then put it back into memory. It’s as if there’s a computer and it says ‘save’ or ‘save as is’ or ‘save with changes.’ Well, our memories don’t have that – they always come up with alterations that have come from the present. So there are many false memories that are pretty innocent.

Almost any time a crime hits the news, somebody is going to call up and confess. Sometimes these people are psychotic, sometimes they’re guilt-ridden over some other issues, and sometimes they’re just seeking some sort of attention. Police have to learn how to sort through all of those and sometimes try to get the people into some form of mental health treatment.

False accusations are a much more malignant phenomenon. I’ve been in situations as an expert witness and so forth, where it’s highly improbable that the person making the accusation, that it actually occurred.  In my experience, these are usually people with borderline personality disorder or antisocial traits, they’re angry, they’re vengeful, they’re out to get the other person, they’re very self-centered and they have no concept of how absolutely damaging their accusations may be.

Can you tell me what differentiates an ordinary lie, a pathological lie and other types of lies that people tell?

At some level, I think it’s in the eye of the beholder – what some people might consider to be a common lie, might be viewed by someone else as more of a malignant lie. Part of this depends on your perspective of the world. Let me give you an example of what we might call an altruistic lie, and that is those Dutch people who hid Jewish people during World War II to keep them out of the concentration camps. They would lie as to their knowledge to the existence of the people they were hiding. To me, that’s an altruistic lie – they’re putting their lives at risk and they’re lying to protect another person.

Another type of lie of which has been looked at from different perspectives – Bok has certainly written a great deal about this – that’s the lie that a family or physicians may tell a dying person that they’re going to get well and it’s all going to be okay, and that there’s a treatment right around the corner. And you might say, oh well that’s an altruistic lie, they’re trying to make people feel better, but Dr. Bok would say, well maybe the person doesn’t really want that, maybe they want the truth, and the person that’s telling the lie is telling it to decrease their own anxiety. I think there’s a lot to be said for Dr. Bok’s thoughts along that line.

I think we all tell little white lies every day. They become a part of social convention, and in that sense, are they truly a lie? If I walked down the hall, and I’ve got a migraine headache and influenza, and one of my friends stops and asks how I am and I say fine. They don’t really want to know how I am. They don’t really want to have a medical history poured at them, and I don’t want to give it to them. So these are kind of social conventions that involve a certain amount of mutual deceit. There are other types of pathological lies. There’s a wide variety of ways that we communicate with other people. At which point does this become pathological and at which point would it be an ordinary lie in one’s own self-interest?

Charles V. Ford, M.D., is a professor of psychiatry at the University of Alabama at Birmingham. Ford completed his medical and post-graduate psychiatric training at UCLA. Following active duty with the U. S. Navy, his academic career has spanned almost 50 years. He has been a professor at the University of Arkansas, Vanderbilt University and UCLA. Ford has authored or co-authored five books, including “Lies! Lies!! Lies!!! The Psychology of Deceit,” and over 100 articles in professional journals and invited chapters. He has also appeared on a number of network radio/television programs, including the “Today Show” and “Dateline,” and was featured in a Discovery Channel documentary, “The Science of Lying.”

For more information and inquiries about this article, contact the author at news@sovhealth.com.