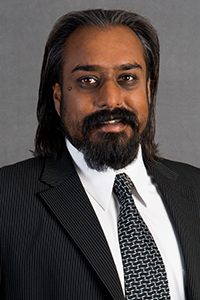 As February and Valentine’s Day approaches, people pay more attention to infatuation, wanton pursuit and desire – from admirers to clinicians.

In speaking on desire – more so in the neuroscientific sense – the “Biology of Desire” episode of “In Your Right Mind” has hosts Kristina Kuestner and Sovereign Health’s CEO Dr. Tonmoy Sharma sat down with two clinical experts to discuss addiction, in the context of desire as a behavioral model, versus the disease model. The conversation was intellectually titillating, and Sovereign Health’s Chief Medical Officer Dr. Ashish Bhatt has been invited to share several additional insights.

Q: Typify recovery maintenance and relapse cycle for the disease model. What does the illustration look like? Can you compare it to the Desire model?

A: I want to disclaim that even though we say typical, this doesn’t mean that everybody has to go through the same stages. Relapse doesn’t necessarily have to be part of the addiction model – the recovery process is not rigidly cyclical; it can be linear.

There is an infinite amount of variables that influence somebody’s life. If we look at addiction and recovery as a cycle is an attempt for science and human beings to somewhat simplify it. When we look at it at such, are we not implanting subconsciously in that individual’s brain that upcoming relapses are non-preventable, it’s part of it?  But from a global perspective, there may be stages observable, in any order or duration.

Nobody can predict what the ultimate relationship between each person’s brain and the level of toxic exposure to a substance will be, but estimate by assessing the presence or absence of certain risk factors. Having said that, components of the disease model can include risk factors such as genetics, initial exposure, age of use, ongoing effects, reward and reinforcement patterns, trauma, engagement in the destructive model; interventions and consequences; neurotransmitter alterations, morbidity, perception of “rock bottom,” mortality or legal and social crossroads; treatment; withdrawal; rehabilitation and finally recovery, fortified with tools, cognitive restoration and intention to together prevent relapse.

Q: We “maintain” after being diagnosed with diabetes or high blood pressure, and we “heal” from cancer or passing gall stones. We “recover” from acute issues such as surgeries, car accidents and overdoses perhaps. If addiction is a brain disease, and we “live” with other diseases like AIDS or Lou Gehrig’s, why do we instill “addiction recovery” into sobriety circles?

A: If we look at synonyms for each condition, all have the same underlying factor: illness. We have curable diseases, treatable diseases, chronic diseases and terminal. Can you cure an illness, an ailment or a condition and the damage its done to the mind and body from performing at its optimal state? It depends on which one you have and the circumstances on how it developed and what science is known and available to treat it. So we say one is in “recovery” from addiction as we look at the process. The word is a term that’s been adopted now, and as we go along and understand brain behavior and neuroscience different definitions are adopted along the way, they’ll fold into the vernacular.

There are degrees, acute addiction, perhaps fueled by episodes of binge recreational substance abuse, developed dependence as a self-medication for trauma or chronic pain, hereditary influences and chronic addiction, and more. The process of regaining wellness is, in part, predicated upon the acuity of the individual’s addiction. This is not to take away from the pathogenesis of how a certain behavior is reinforced, rather an illustration of the complexity of addiction.

I agree with Dr. Lewis that part of the addiction is learned, but there are innumerable nuanced factors influencing the physical dependence component for each person as a unique compilation of personal factors, as well as the type of substance to which addiction bigger picture exists. Physical dependence differences to opioids, for example, in comparison to dependence to marijuana, are gargantuan in proportion.

A: The question we should be asking as a litmus is, do patients in recovery, worldwide, have a relationship with addiction that mirrors the addiction disease model or the desire model?

Dr. Lewis calls the disease model’s principal explaining the mechanism of reward, motivation, memory and chemistry as incorrect, and he says it’s simply a matter of innate and neutral desire. Well, regardless of what the agent is there is a mechanism of reward that leads to behavior; you can call it motivation, you can call it desire. The whole debate could be summed up as a splitting hairs with regard to semantics and prominence of particular stages to addiction and recovery.

I didn’t hear any evidence detailing how Dr. Lewis came to that conclusion that America is upholding this model alone, but I can tell you – from experience:

I’m an East Indian man who was born in London, England, so a man of Asian descent, raised in Europe. I live in North America, the United States, did training in the Dominican Republic, a Latin country and did my residency as a physician in Queens County, New York, which is arguably one of the most ethnically diverse populations in the entire country and directed units in one of the largest hospitals in the nation in Miami, FL.

Everyone I know, from all these circles and these backgrounds all believe that you can drink too much, you can get messed up, and when you’re doing it in an unhealthy way, it’s a sickness, it’s a disease.

Treating patients in psychiatry in Queens, people who came and sought treatment from all different parts of the world did so because they were sick and it was because of the drugs and alcohol they succumbed to for which they were seeking treatment. That was a disease for those people.

From a medical, psychiatric and academic background, having also been clinical faculty at a large medical school, I’m not seeing the fact that the world sees addiction differently. It is true however, countries measure outcomes differently. Outcome studies v. disease models are two different things; but if Dr. Lewis wanted to look at recovery models versus quality of life; abstinence versus harm reduction – that may be a more sensible discussion.

Is harm reduction going to stop someone from driving intoxicated, or stop a man from abusing his children? Is all or nothing with addiction, more of an American stance and the rest of the world looking at it in a different way? I think that’s what we should be looking into.

Ashish “Ash” Bhatt, a Triple Board (TB) certified physician, is recognized as one of South Florida’s leading psychiatrists and addiction medicine specialists. He is board certified by the American Board of Psychiatry and Neurology in both Child and Adolescent and Adult Psychiatry. He is also board certified by the American Board of Addiction Medicine. Dr. Bhatt completed his fellowship at the University of Miami through Jackson Memorial Hospital in Miami, Florida, where he also served as assistant professor of psychiatry and behavioral sciences and as chief and medical director of child and adolescent inpatient and emergency crisis services.