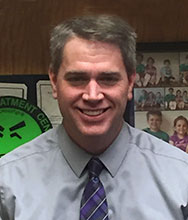 We recently sat down with Dr. Lynch to try and really get a handle on what dangers these chemical substances pose to our families and communities and how Americans can protect themselves.

Ques: Dr. Lynch, thank you so much for helping us to clarify this terrifying epidemic. In case any of our readers are not familiar with U-47700, could you please tell us again what it is?

Ans: Certainly. U-47700 is a novel synthetic psychoactive substance similar in chemical composition to heroin, only much stronger and more deadly. U-47700 was temporarily banned by the Drug Enforcement agency last November, but other substances are always being developed. Chemicals such as U-47700 are opioids but the slight differences in molecular structure allows them to be manufactured and sold faster than regulators can declare them illegal.

Ques: How did these substances come about?

Ans: U-47700 and other synthetic opioids were developed and patented by pharmaceutical corporations but never studied for use in humans.

Ques: This sounds like a big problem. Why don’t more people know about this?

Ans: These drugs are popular with young people, many of whom refer to them as “legal highs,” “designer drugs,” or “club drugs.” U-47700 is also called “pink” or “Pinky,” as Dr. Sharma mentioned on the radio show. So young people know about these things. Sometimes people who have become addicted to prescription painkillers may seek them out as an alternative to opioid withdrawal, which can be very uncomfortable. The scary thing is that these substances can look just like the medication they had been taking, but actually be much more potent, which results in toxicity and overdose. In other cases, U-47700 and other synthetic opioids can be represented as “heroin” or “cocaine” leading to inadvertent use and overdose.

Ques: What makes these substances so dangerous?

Ans: Mainly because the concentrations vary so much and they tend to be very potent. People who are accustomed to taking a certain dose of painkiller or heroin don’t realize that these substances are different. They may also come in the form of a prescription drug, a marijuana cigarette, an LSD blotter or fruit-flavored vaping cartridge. Also, since there is no regulatory process, they may contain any number of other ingredients and additives, which also can be toxic and even deadly.

Ques: How are these dangerous substances getting into the hands of young people?

Ans: That is not completely clear. We are seeing sporadic outbreaks of overdoses by way of these synthetic compounds, but who and what is behind it is anyone’s guess. Supposedly they are turning up at nightclubs and other places that young people tend to visit. They are also found at some convenience stores and gas stations nationwide. They are also sold “for research purposes only” through chemical suppliers that are generally located overseas, in countries such as China. In that manner, they can be ordered online and delivered directly to an individual’s home.

Ques: Is this problem a by-product of the opioid epidemic?

Ans: Yes, but understand that not all novel synthetic psychoactive substances are opioids. Synthetic cannabinoids, stimulants, hallucinogens, and dissociatives are being distributed as well, and all are very dangerous. Packaged in colorful wrappers with candylike flavors, there is no question that children are being targeted.

Ques: You mentioned that your lab is one of the few in the country that has the capability to test for U-47700 and some other such chemicals. These substances are otherwise undetectable by standard drug testing. How do you handle this as an emergency room physician when a patient presents with acute overdose?

Ans: Well, when every second counts, we resuscitate and do our best to obtain a medical history from friends or family as much as possible. Fortunately, patients who have overdosed on these substances often do respond to naloxone therapy, which reverses the respiratory depression that opioids cause. But the type of drug, dosage, and other substances ingested can make treatment difficult. Identifying exactly what the substance is would be more important for forensic, public health, and regulatory purposes than for clinical care. But that has just been our experience so far – there are always new things coming. Even the recent Chinese ban on 4 fentanyl analogs including acryl fentanyl, valeryl fentanyl, carfentanil, and furanyl fentanyl is undoubtedly a positive step, but will likely lead to the development of alternative sources of these drugs or an influx of newer drugs to satisfy the demand for potent opioids.

Ques: How can people protect themselves and their children from these deadly substances?

Ans: Educating the public is a great place to start. Broadcasting and publishing factual information like this helps bring about awareness. Parents should talk to their children about these substances and let them know that there is a good probability they could die from taking them, even for the first time. Also, people must understand that everyone responds differently to chemical substances, so if kids see their friends try it without any problems, that doesn’t mean it is safe. Overdose is the third leading cause of death in young people now, and I think U-47700 is only the tip of the iceberg. The safest thing to do is avoid experimenting with drugs and people who take them, even if everyone else is doing it. That’s how people are dying now, all over this country.

Ques: What should people do if they know or suspect a loved one is using drugs?

Ans: They should find out what their loved one is taking and try to get them some help. In the meantime, naloxone kits are available in many states and they just need to ask a physician to write them a prescription for one, fill it at a local pharmacy and learn how to use it in case of accidental overdose. Opioids last longer than naloxone, so they should also call 911 so that they can be treated in an emergency room. Long-term treatment is needed when a person is chemically dependent, but medication-assisted therapy is helping people overcome addiction even after long-term drug use.

Ques: Is there anything else you would like people to know about U-47700 and other novel, synthetic, psychoactive substances?

Ans: Synthetic opioids including U-47700 and fentanyl analogues have led to an ongoing sharp rise in overdose related deaths in the U.S. These drugs are cheaper to produce and much more potent leading to increased risk and a much more narrow window of drug effect before leading to toxicity and death. The enhanced potency of traditional heroin (diacetylmorphine) due to higher purity and of evolving trends in synthetic opioids allows individuals who are addicted to opioids, but not necessarily ready to inject drugs, to transition to illicit opioid use through snorting these drugs. Unfortunately, that makes it easier for a larger number of people suffering from opioid addiction and dependence to transition to the use of more dangerous drugs, particularly as prescription opioids are increasingly less available and therefore more expensive. In addition to limiting the initiation of new opioid use, enhanced access and coverage of addiction and dependence treatment, such as through medication assisted treatment, is necessary to diminish the demand for these drugs along with law enforcement efforts to limit their supply.

Any individual with questions or concerns about any drug or poison, including these substances, or a potentially toxic exposure is encouraged to call their regional poison center at 1(800)222-1222 anywhere in the country. Specialists are available 24/7 to answer questions or assist in management at no cost.

Dana Connolly, Ph.D., is a senior staff writer for Sovereign Health, where she translates current research into practical information. She earned her Ph.D. in research and theory development from New York University and has decades of experience in clinical care, medical research and health education. Sovereign Health is a health information resource and Dr. Connolly helps to ensure excellence in our model. For more information and other inquiries about this article, contact the author at news@sovhealth.com.